Both life-long and new residents of Hopkinton love the town for its beauty, natural resources, and the community’s commitment to maintain a wonderful place to live.  In 1995, The Hopkinton Area Land Trust was founded to protect, conserve and enhance the town’s natural resources and to maintain and improve its quality of life for present and future generations.

HALT is a federal 501(c)(3) non-profit corporation.  It is a member of the Land Trust Alliance, a national organization representing thousands of similar land trusts across the country, the Massachusetts Association of Conservation Commissions and the Massachusetts Land Trust Coalition.  It is supported financially by memberships, donations and grants.

Officers and Board of Directors

HALT has no paid staff. It is managed by an energetic board of nine directors who, with the help of numerous land stewards and other volunteers, devote time and energy to ensuring that the organization remains healthy and is able to fulfill its duties acquiring, protecting and maintaining conservation land and trails for enjoyment of the town’s residents.

Morrie joined HALT as soon as it started accepting members, and in 2015 was elected to the Board of Directors, when he became a land steward and took on primary responsibility for mapping properties and preparing baseline documentation for conservation restrictions. He was elected president in 2019.

Morrie is a retired software engineer who has been an conservationist and outdoor enthusiast all his life, escaping from his desk job to go hiking, camping, caving, and skiing at every opportunity. In his rock-climbing days he summited the Grand Teton in Wyoming and Washington’s Mount Rainier. Since moving to New England in 1971, he has repeatedly hiked to the tops of the 48 Four Thousand Footers of New Hampshire’s White Mountains in summer and winter, as well as major peaks in Vermont and Maine. He tries to get to the mountains once a month. He does these, not for adventure, but for his love of the outdoors.

Morrie and his wife Kate moved to Hopkinton in 1991 because of its rural, small-town feel and proximity to services. Close to home, he walks, skis or snowshoes the trails in town in every season. Combining his interest in photography and the natural world, he has tried to record and photograph every species of wildflower in town, and maintains a Wildflowers of Hopkinton website to document them.

Steve (Froh) Frohbieter has been a HALT director since 2015, and was elected Vice President in 2020.  A resident of Hopkinton since 2007, Froh and his wife Debby live near the Center Trail, which they use frequently.

A native Hoosier, Froh was exposed to the outdoors at an early age as his family camped and fished across Southern Indiana in his youth.  Educated at Indiana University, he holds a BS in Political Science and an MBA from IU’s Kelley School.

Froh’s career brought him to Maine in the late 80s and he has made Massachusetts home since 1994.  A long-time member of the Rangeley Lakes Heritage Trust, he ventures to the Western Maine Mountains as often as possible for the fly fishing.

In his professional life, Froh is director of human resources and administration at Milton CAT in Milford.  He is president of Valley Indemnity Ltd., a group captive insurance company co-owned by his employer.  Froh is a former director and vice president of The Purr-fect Cat Shelter, Inc., and a long-time volunteer for Milford Regional Healthcare Foundation where he co-chaired the hospital’s annual Golf Classic fundraiser and chaired the hospital’s capital campaign to build a Medical/Surgical addition in the early 2000s.

Froh is the co-chair of the Hopkinton Trails Club and is an active participant in their monthly trail walks.

In appreciation of Hopkinton’s rural environment, woodlands, trails and lakes, Barry and his family moved to Hopkinton in 1986. He was elected to the Board of Directors in 2015, and since 2019 has been its Treasurer. He is also an active volunteer to the town and was a member of Hopkinton’s Upper Charles Trails Committee for 9 years. He has also been a member of the town’s Pratt Farm Master Plan Team and Town Recycling Committee.

Other volunteer activities included several years with TechSandBox, which was a non-profit incubator for start-up companies, formerly located in Hopkinton. He served on its Board of Advisors and led both the Mentor Committee and Clean-Tech Committee. Additionally, he established and led a grant- funded Military Veterans Program to assist entrepreneurial veterans with managing their startup companies.

After military service in the Army, he completed his education and entered a career in corporate financial management within Fortune 500 companies in the high-tech industry and entrepreneurial tech start-ups.

His education includes a BS in Business Administration from Suffolk University and an MBA from the Franklin W. Olin Graduate School of Business, Babson College. 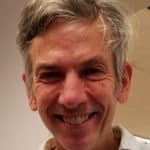 Ken has been on the HALT Board of Directors since 2014, most recently serving as Clerk and Scholarship Director. One of HALT’s properties, the Cold Spring Marsh, is accessible from his backyard. Ken was born in Huntsville, Alabama, where he became an Eagle Scout and developed a lifetime interest in the outdoors, particularly forests. He has been a resident of Hopkinton since 1998, having moved here because of the ease of access to trails surrounding lakes like Ashland Reservoir, Hopkinton Reservoir, and Lake Whitehall. Ken typically goes on a walk with his daughter Connie on trails around Hopkinton every weekend day throughout the year.

Ken is interested in land preservation, in promoting public access to protected land and in sustainable development. With a PhD in biochemistry, he has been studied natural bacterial populations in local lakes and streams as a scientist at SimulTOF Systems. SimulTOF Systems manufactures mass spectrometers that can be used to identify bacterial colonies by reference to published bacterial genomes. The process of delineating the species that are present in the environment is proceeding at breakneck speed, due to ease of sequencing bacterial genomes with recently available technology.

Ken serves on two town committees: the Upper Charles Trail Committee, which is charged with developing a multi-use path suitable for bicycles, wheelchairs, runners and cross-country skiers between Ashland and Milford; and the Trails Coordination Management Committee, on which he is vice-chair, charged with delineating trails through all open space in town. Ken is also active in the Hopkinton Trails Club, and is a member of the Hopkinton Democratic Town Committee.

Ken is planning to develop a master list of the location of trees, shrubs and wildflowers present in Hopkinton, and to determine how plant communities reflect previous land use patterns. He is also interested in health dangers associated with hiking outdoors; for example, how best to deal with ticks, mosquitoes, and other cases where science impacts society, like water quality, and pesticide and herbicide use. 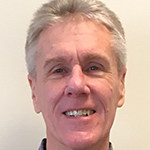 Ed was elected to the Board of Directors in 2003 served as treasurer and membership chairperson for many years. Currently he is responsible for event planning, such as Polyarts, and Trust marketing.

Ed earned his MBA at Boston College and spent the following 45 years in high tech sales and marketing. Since his retirement in 2021, he has been working part-time at a local golf course. In addition to playing golf (poorly), he can be found kayaking on Lake Whitehall, hiking, and snowshoeing in the winter.

Ed moved into Hopkinton in 1982 when there was only one traffic signal in town. At that time Hopkinton was more rural than suburban, but it was clear that Hopkinton was going to be a desirable place to live. Believing there should be a balance between growth and conservation, he has helped to promote and support this position via the Trust.

Chuck retired to Hopkinton in 2017 from the Amherst area, where he and his wife Judy raised their family and he worked for the USDA SCS, a Civil Engineering firm, and as an independent consultant focused on wetland delineation and protection, storm-water management, and site design for both landowners and towns. In Leverett, he served on the Board of Health and Affordable Housing Trust. His education in the environment included a Masters from the Yale School of Forestry and Environmental Studies, continuing education at UMass, professional workshops, and practical experience with many colleagues and mentors, which continues today.

In an earlier life, he saw active duty as a Navy officer, and then taught 1st grade for 3 years after a M.Ed at Harvard.

His interest in land trusts began in the 1970’s as a volunteer with the then-small Kestrel Trust in Amherst, and more recently as a member and monitor for the now-far-larger Kestrel Land Trust. On arriving in Hopkinton, he discovered an active community involved with land preservation and trails and soon joined the Trails Club and volunteered as a HALT trail steward. Soon after being elected as a HALT director, he was also appointed to the town’s Trail Coordination and Management Committee. He is particularly interested in the on-going efforts of HALT to expand protection of open space and improve access to those protected areas for the enjoyment of the public. 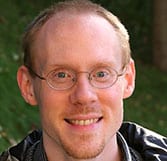 Steve joined the HALT Board of Directors in 2016. He and his wife Julie moved to Hopkinton in 2003 after spending four years in Palo Alto, CA. They have four children, a dog, a guinea pig, a hamster, and two geckos. Both are mathematics professors, Julie at Framingham State University and Steve at the College of the Holy Cross.

When he is not teaching calculus, proving theorems, or transporting children, Steve likes to stay active by running, hiking, cycling, swimming, and rock climbing. He is especially fond of trail running and can often be found (or not) roaming the trails of Hopkinton and surrounding towns. He has competed in over 200 races, from 5K to 50K, and has earned USA Triathlon All-American status multiple times.

Steve has been involved in a number of HALT’s trail improvement projects, including the revitalization of the Betty Fitzpatrick and Hopkinton Meadows trails and the construction of bridges in Cameron Woods. He also worked with the Sudbury Valley Trustees to construct its Saddle Hill trail.

Steve is a regular contributor to OpenStreetMap, an online, free, editable map. Almost every trail in Hopkinton and adjacent towns can be found on OSM. Steve is also a member of a group working to create an official town-wide trail map. Since January 2020, Steve has served on Hopkinton’s Open Space Preservation Commission. 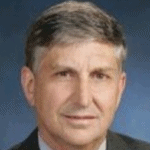 Peter joined the HALT Board of Directors in 2020. He is a resident of Holliston where he has served on several boards including the Select Board, Planning Board, Conservation Commission, Economic Development Committee, Board of Assessors, and the Blair Square Committee. In Holliston he has also served as the clerk of Celebrate Holliston since its inception in 1990 and has been a member of the Holliston Lions since 1991.

Peter is a real estate attorney with Fletcher Tilton in Framingham. He has also served as counsel for the Metro West Chamber of Commerce for over twenty years and served on the Board of Directors of the Knox Trail Council of the Boy Scouts of America and the MetroWest YMCA.

Peter’s interest in conservation and land preservation began with his first appointment to the Holliston Conservation Commission in 1986. As a member of the Commission he rewrote Holliston’s Local Wetland Protection By-law and worked to encourage maintenance and preservation of open space area with the Holliston Conservation Associates. Currently as member of Holliston’s Blair Square Committee he is working to develop a parking lot for the rail trail and develop a master plan for the trail at Blair Square.