“Show My Location” requires that location services are enabled and this website has permission to access your location.

Pullouts on either side of causeway by pond.
Directions on Google Maps

Peek upstream from the river crossing, or bushwhack a little, to see the concrete spillways.

Between 42 and 44 South Mill Street
Directions on Google Maps

Enter the property from South Mill Street on a right-of-way directly opposite Penny Meadow Lane, near the retaining wall between 42 and 44 South Mill Street. There is no large sign but there are trail signs nailed to trees. There is no off-street parking at the trailhead, but there are pullouts off the street 800 feet north by huge boulders on the causeway next to Bloods Pond.

You can also park on the street at Penny Meadow Lane.

Cold Spring Brook, a perennial stream that feeds Bloods Pond and eventually Ashland Reservoir, bisects this property. The parcel has a little of everything: in addition to a river walk, there is a wildflower meadow left over from a former beaver pond, a cranberry bog, spillways for an old mill, extensive swamps, open forest, and unusual topography: long narrow ridges up to 30’ high that are the remnants of glacial moraines that have been quarried for their gravel, now forested over. Because it is surrounded by extensive wetlands, the property feels larger and more remote than its size would indicate.

There are many trails to explore, but the only ones that are signed with tree tags are the ones described below and pictured in the map.

The main trail is easy walking (except in very wet conditions) on an old quarry road, once you go a couple hundred feet in from the South Mill Street entrance. Try not to venture onto private property on either side of the right-of-way until the trail becomes an old road. That road first goes due west, and when the trail curves to the right, look into the clearing beyond to see the old cranberry bog. It’s now mostly taken over by shrub and grasses, but if you look closely you can see cranberry plants.

After the right turn at the bog it the trail goes north, meandering between steep ridges on both sides that are the remnants of the glacial moraines that were cut into for quarrying operations. The land has since forested over so much that it’s no longer recognizable as a quarry.  At one point the trail ventures up a little hill above a deep vernal pool on the right.  Off the far end of that pool a channel was cut, apparently by the quarry company to drain the pool at high water into the nearby wetland.

The trail eventually takes you to Cold Spring Brook over a culvert, but much of the time, especially in high water, the brook flows over the rocky crossing of the trail as well. From here you can take an excursion (not shown on the map) to the right along the bank of the brook for a while, but eventually you will have to cross the brook to continue. The crossing at the culvert is 40′ wide, but usually very shallow and often dry, because most of the water is diverted through the culvert. At high water there are stepping stones that may help, but don’t count on their stability, so you may get wet feet crossing the brook.  There are numerous dead branches on the ground nearby that you can use as poles for balance crossing the rocks.

While at the crossing, look upstream to the left to view two large concrete spillways, possibly for a former mill—you may have to bushwhack a little to see them. Cold Spring Brook apparently supported two other mills downstream, much easier to get to from South Mill Street. See additional information below for a description.

120 feet from the crossing the Wetland Overlook Trail forks to the left.  At first, it also looks like an old road, but quickly becomes a rugged, but beautiful walk along the top of a long ridge above a large wetland on the left.  After the wetland it joins the main trail.

The main trial, the right fork, continues on the old road between the ridges, past a vernal pool on the left, and eventually terminates at the north edge of the property soon after the Wetland Overlook Trail rejoins.  There you are within sight of houses and can hear cars on Front Street. While the trail may seem to continue, the land past this point to Front Street is private property.

You must turn around and exit the property the way you came in. 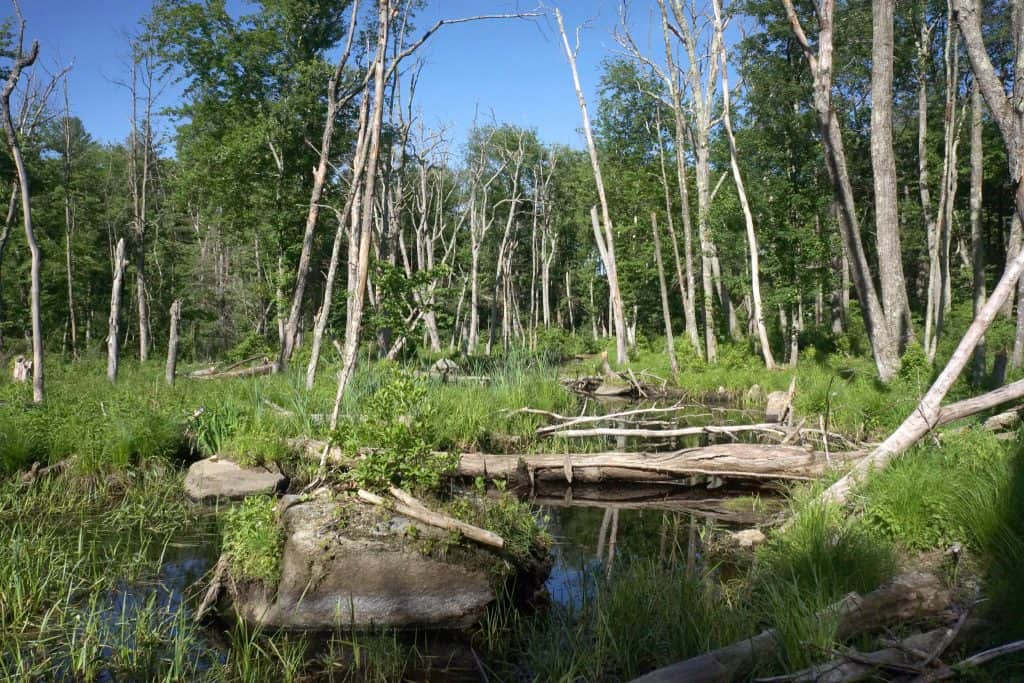 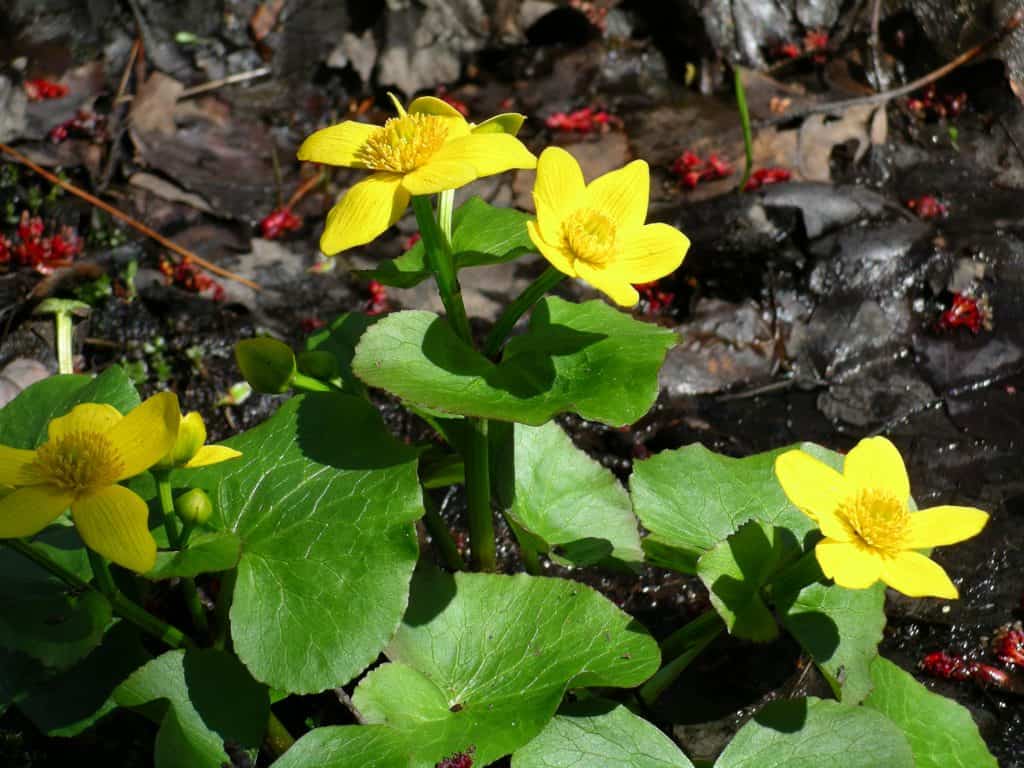 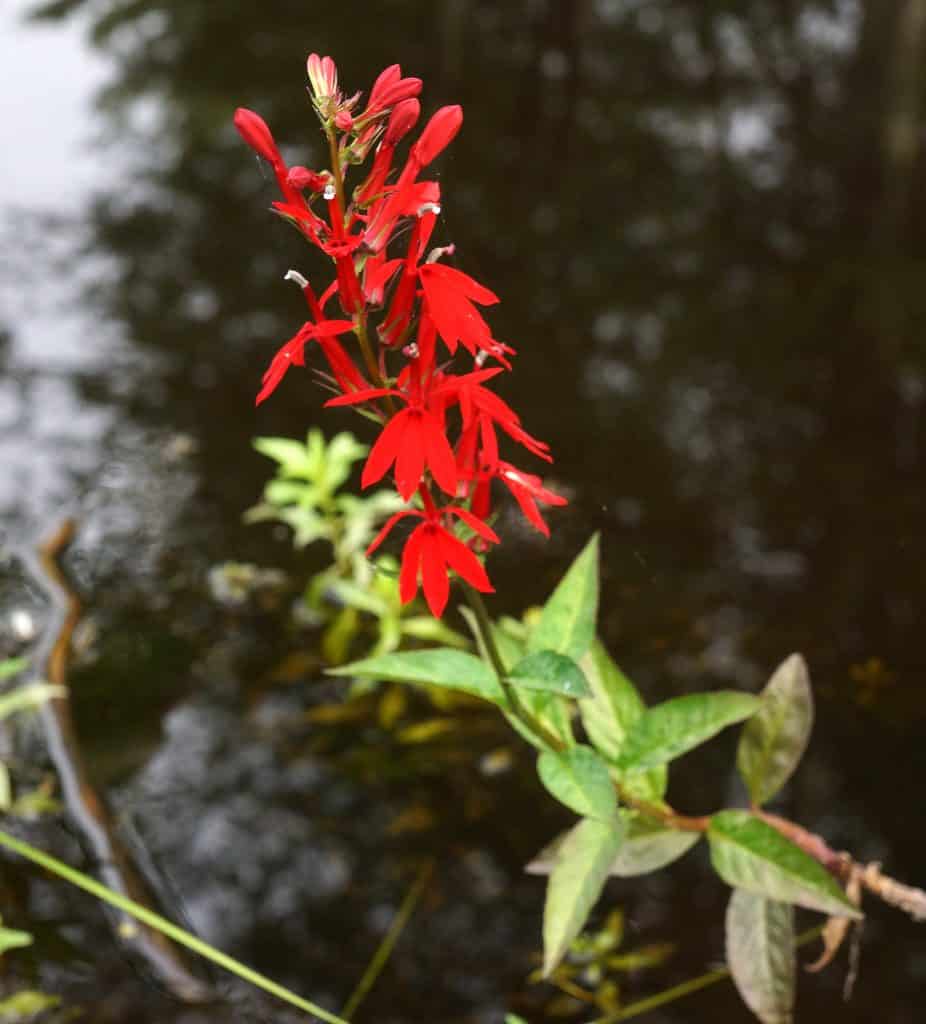 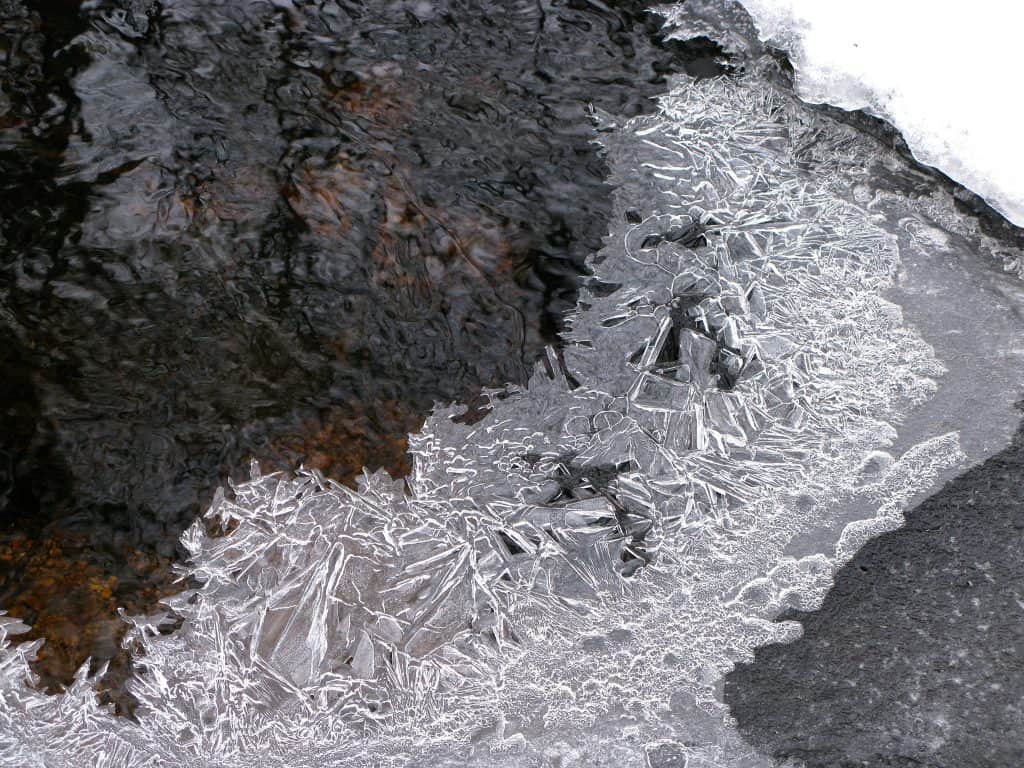 The northern ¾ of the property was donated by Jack and John Braim who owned most of the land, then forested, on both sides of South Mill St., when the portions along South Mill St. and Front St. were subdivided for house lots.  The southern ¼ was donated a few years later by the developer of the lots in that area.

Much of the trail follows the path of an old gravel road from South Mill Street to Front Street that was likely used in the 1960’s and earlier for quarrying operations. A portion of that road is now blocked by house lots, but the trail has been cut around them. The portion of that gravel road beginning at South Mill Street can be seen on the latest (1987) U.S. Geological Survey topographic map, which also shows the cranberry bog as a small pond. Note the gravel pit symbol

Geocaches on this property

If you parked on the causeway at Bloods Pond, then before getting back into your car, walk north along the causeway to where the road goes over two stone spillways, historically restored by the town in 2004. This is the site of Perry’s Mill, after which South Mill Street was named, and the Hopkinton Historical Commission has erected a plaque describing it. See the Mighton Woods page for a description of the other mill on Cold Spring Brook at North Mill Street.